Legumes are often advertised as “the farmer’s meat”, referring to their protein content, considered equally healthy and nutritious.
In reality, legumes, for the same weight, contain 3 times less protein than meat. In addition, these proteins are not easily bioavailable (assimilable) due to the poor digestibility that can vary for different blood types; it’s important to remember that not all blood groups appeared on the planet in the same period. Theoretically, the first man, forced to adapt for millennia to the different latitudes and related food products discovered during his evolution has developed genetic characteristics different from the blood group of origin 0, giving rise precisely to the following types A, B, AB.

In addition, the quality of legume proteins is lower than that of meat, as they are poor in some essential amino acids.
“The iron and zinc content of legumes is very high. It is therefore imperative to consume it regularly in our diet”. This is what is spread by doctors and nutritionists who find it hard to keep up to date on the latest scientific research. What we are not told is that these minerals are 80% related to phytates which, like in cereals, make it impossible to absorb iron and zinc.

But in addition to not being particularly rich in proteins and minerals, legumes are rich in antinutrients (substances that get problems to your body). Let’s see some of them.

Saponins are molecules contained in legumes that have the ability to damage the cells of our intestine by allowing other substances (which normally would not enter the blood) to enter them. These foreign substances (toxins, bacteria, etc) can cause subclinical inflammation which is the basis of many “modern” diseases (chronic in general). Saponin damage is dose-dependent (more saponins, more damage). They are not destroyed significantly by even long cooking but are significantly reduced by the fermentation of food. Natto, for example, which is a fermented derivative of soy (legume not recommended for all blood groups) is actually a food rich in vitamin K2 and low in antinutrients: fermentation transforms the soybean from a substance actually “poisonous”, in a food, the natto among the most extraordinary and recommended (for the very rich supply of vitamin K2 that it gives to our diet).

Phytates are a kind of natural magnet contained in cereals and legumes. They attract metals (which we would need) making them unavailable for absorption. They are therefore antinutrients par excellence. They are reduced by sprouting and fermentation. The tannin is similar to phytates and also damages the intestinal wall by promoting inflammation.

They are substances that act like female hormones in our body. Soybeans are rich in isoflavones. They are substances that can cause malfunctions of the thyroid in a few months up to the goiter. In women, they cause a reduction of LH and FSH hormones of about 20%. These hormones are implicated in ovulation, so the consumption of soybeans could favor some cases of non-ovulation.
A 2007 study by Gustavo C. Roman, MD, put soy isoflavones on the accused as a possible cause of autism. Pregnant women who use soy intensively can suffer thyroid damage that reverberates on the brain of the developing fetus in those areas involved in the pathogenesis of autism.

Like cereals, legumes are also rich in lectins. Lectins are toxic antinutrients for humans. That’s why we can’t eat raw beans; just because they would be fatal for our health. Lectins have the ability to overcome the intestinal barrier by damaging it. Once in the blood, they can cause autoimmune reactions or inflammatory phenomena. 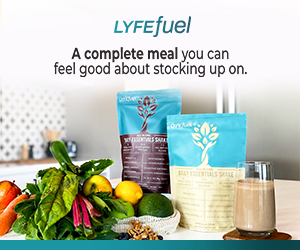